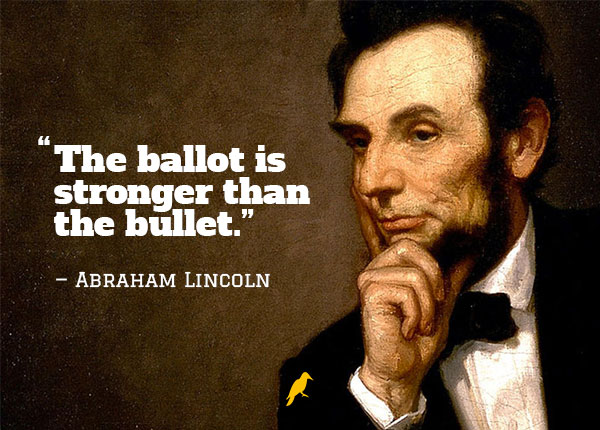 In some countries, voting is mandatory. In Australia, for instance, it is a crime not to vote. If you don’t vote, you have to provide an explanation. If it is not good enough, you have to pay a fine. After the 2019 election in Australia, the Electoral Commission was prepared to issue AUS$30 million in fines for failing to cast a ballot.

Not just any excuse is accepted. “The dog ate my ballot,” certainly would not get you out of a fine. Actual reasons that were deemed unacceptable? A woman in Gimpie, Australia, was burying her cat and the trauma of losing her beloved pet caused her to forget it was election day; she was fined $20, nonetheless. Most argued they shouldn’t have to vote, or there was no worthy candidate: those excuses also led to $20 fines. In Australia, 91.9 percent of eligible voters turned out in the 2019 election.

In countries with only one political party, such as most communist countries before 1989, voting was not only mandatory, but poll workers would come to your house and harass you to assure you voted anyway, even though the outcome was pre-determined. Not surprisingly, the communist party candidates always won. More surprisingly, they didn’t always receive 100% of the vote. Those who voted against could end up in jail or psychiatric prisons for engaging in asocial behavior.

Within such a system, communist leaders got used to winning and it made them complacent. In spring of 1989, as part of the ongoing negotiations with the Solidarity Movement, the communist leaders in Poland agreed to allow half the seats in the Duma, its parliament, to be contested in free elections (the other half were reserved for communists). They thought they would win more than a few, and with 50 percent of the seats guaranteed, they expected a comfortable majority in a “free” election. Much to their surprise, they lost every contested seat and thus launched a year of massive transition across Europe as people in other countries demanded to have their voices heard as well.

In addition to small fines, some countries impose stricter penalties for not voting. In Austria, Chile, and Fiji, you can still be imprisoned! In other countries, you lose civil rights, such as the right to social services (i.e. you can’t renew your driver’s license if you don’t vote.) And in Belgium, your ability to get a job can be affected.

In the United States, of course, there are no penalties for not voting. According to calculations based upon state records, about 58.1 percent of eligible voters went to the polls. According to the U.S. Census, 61.4% of people say they voted in 2016.

Voting patterns differ by race. In 2012, 66.6 percent of blacks said they voted, while only 64.1 percent of whites did. Only 47.6 percent of Hispanics reported voting, and 49.3 percent of all other races.

Age is also important. Only 46.1 percent of people 18-29 reported voting, compared to 70.9 percent of those 65 and older. The fact that these demographic groups also have different party preferences means that Democrats and Republicans work hard to encourage voter turnout for groups that tend to support them, while choosing not to encourage other groups. There is nothing high-minded about this—both parties prefer winning to a fair election—and many games are played by both parties to rig the odds in favor of one or the other.

The 2020 election has a good chance of being close, and as a result of COVID-19, a much higher percentage of people will be voting by mail rather than by showing up at the polls. Mail-in ballots go through a complicated set of verification procedures to assure that they are valid. This process is likely to lead to lots of confusion if it is close, as each party tries to make use of statistics about preferences by region, race, age, and other factors to influence which mail-in votes count, and which ones don’t. In 2000, it took the Supreme Court to bring a halt to the gamesmanship. This year, that could happen again.

Does that make sense?

In the United States, the penalty for not voting is: